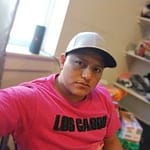 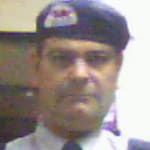 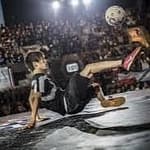 Insuring Quincy and All of Washington

Galen Golay is the branch managing partner with Basin Pacific Insurance - Quincy in Quincy, Washington. Operating continuously since 1986 the Quincy office has a rich history of developing and maintaining relationships across the western United States. We are licensed in Oregon, Idaho, Arizona as well as Washington.

In the summer of 1999, Galen began his career in the insurance industry at the offices of a Seattle based corporation. As of July 2017, he became the owner of the independent agency in Quincy, Washington. You benefit from his years of experience as Galen navigates the insurance marketplace for you.

Let one of our experts customize a solution that's right for you.
Talk To Us Today(opens in new tab)

How Life Insurance Can Be Used Life insurance can be an estate planning tool, an investment vehicle, or simply a way to replace lost income in case of unexpected death. Some people purchase life insurance to establish an inheritance for their children or as a strategy to donate to a favorite charity. Unlike other types of insurance coverage, there are no restrictions on how death...

Is My Business Covered in the Event of a Cyber Attack?

Is My Business Covered in the Event of a Cyber Attack?

Small business owners are not exempt from the risk of a cyberattack. The loss of customer data is a financial disaster, and with cyber incursions becoming more common, and hitting even the largest companies, from banks to retails to online giants with extensive security, it is well worth ensuring your business has adequate cyber insurance. The Costs of a Cyber Breach The financial losses a...

I Missed an Auto Insurance Payment: Here's What to Expect

I Missed an Auto Insurance Payment: Here's What to Expect

Life happens, oversights can occur, and payments sometimes get missed. If you missed a car insurance payment, don’t panic. Your policy will not be cancelled immediately. State laws require auto insurance companies to provide notice to policyholders before cancelling their coverage for nonpayment. What Happens if I Don’t Get My Payment in on Time? Most car insurance companies offer a grace period for late payments....